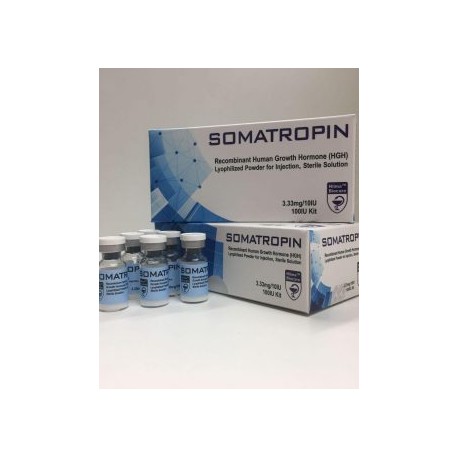 This product is no longer in stock

Notify me when available

Use and effective range:

Dose range and duration of use:

Application period: 3 months up to one year

Somatropin [somatropin (rDNA origin) for injection] is a human growth hormone (hGH) produced by recombinant DNA technology. Somatropin has 191 amino acid residues and a molecular weight of 22,125 daltons. The amino acid sequence of the product is identical to that of pituitary-derived hGH. Somatropin may contain not more than fifteen percent deamidated GH at expiration.

The deamidated form of GH has been extensively characterized and has been shown to be safe and fully active.Somatropin is a sterile, white lyophilized powder intended for subcutaneous administration after reconstitution with Bacteriostatic Water for Injection, USP (benzyl alcohol preserved).