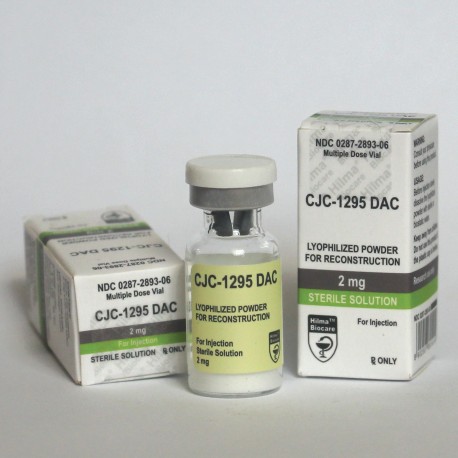 This product is no longer in stock

Notify me when available


CJC-1295 DAC works primarily as a GHRH compound stimulating growth hormone (GH) by the pituitary gland. As a result, being the second most powerful peptide for fat loss, the CJC-1295 DAC creates an anabolic effect on body tissues and produces impressive results.

If you want to buy CJC-1295 DAC, do not worry because this peptide has no side effects. CJC-1295 has a very short half-life of about 30 minutes, while CJC-1295 DAC has a half-life of about 8 days, which makes it suitable to be injected only once per week with an appropriate dosage. Their action on the human body is identical, the difference being the half-life of each peptide. The CJC-1295 (GRF 1-29 Modified) is also an anti-aging, it is a powerful multiplier of GH and IGF-1.